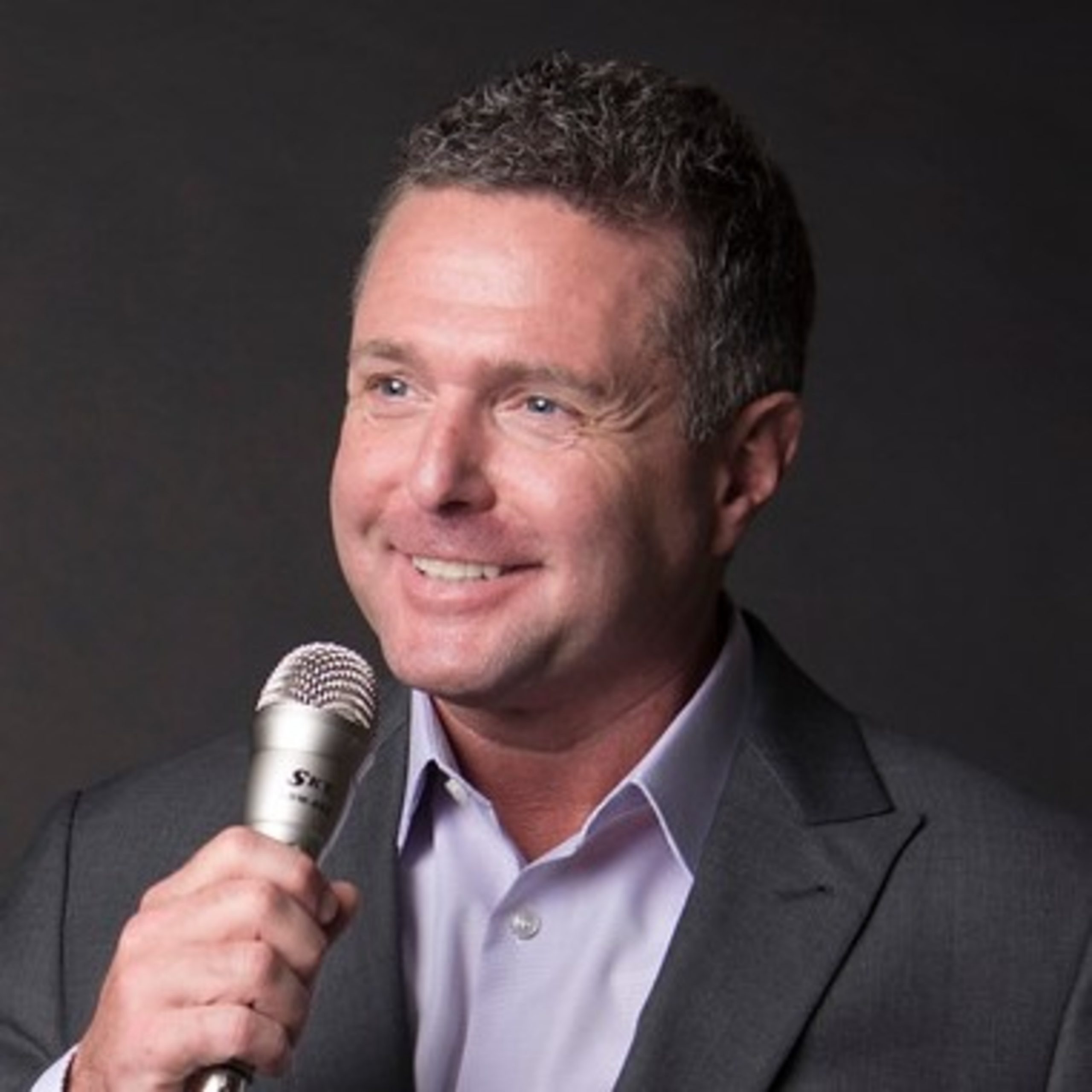 Rob Oliver: Welcome to Perspectives on Healthcare, I appreciate you being with me today. My perspective today comes from Gunther Mueller he is an Optimal Health Strategist in Anthem Arizona just outside of Phoenix he is the Executive Director of Get Well Scottsdale and is a member of generation X. Gunther welcome to the show.

Gunther Mueller: Hey Rob thanks so much for having me here excited about what we’re going to talk about.

Rob Oliver: Absolutely let’s just jump right into it first question for you is tell me a little bit about yourself and about your role in healthcare.

Gunther Mueller: So I’ve been an entrepreneur, for the past 30 years grew up in Queens New York moved out to Colorado and eventually settled here in Arizona. I’ve been involved in the medical field for the last decade or so and have worked with over 300 medical professionals and getting them trained and up to speed on optimal aging or optimal health and very different than the traditional allopathic model so I’ve owned medical clinics I’ve employed physicians I have helped physicians get the training that they need to kind of change the paradigm in their practice and really help patients actually focus on optimal health rather than not being sick.

Rob Oliver: Okay. That’s a different concept tell me about the difference between optimal health and not being sick.

Gunther Mueller: So it’s truly a paradigm shift right I’m going to come from the perspective that the body has the innate intelligence to heal itself when it is given the raw materials that it needs to do so and I’m talking about deficiencies from everything from vitamin D3 to particular hormones, thyroid deficiency, dietary imbalances, all kinds of you know, iodine deficiency, there’s all kinds of things that we can point to in the medical literature that has been ignored, let’s say by the traditional Western medical model.

Rob Oliver: What is your definition of quality healthcare?

Gunther Mueller: So to me quality healthcare is following the rule that prescription without diagnosis is malpractice. Okay, so when you approach, a situation and a patient is presenting with symptoms and… look the number one symptom that patients present with today is fatigue. They’re tired all the time just not feeling good in their body. it’s the good healthcare takes the view of determining the root cause as to why the body is expressing itself with those symptoms. And, we’re not treating the symptom, we need to treat the root cause, because when we treat the root cause, we will see that a myriad of symptoms seem to resolve at the same time.

Rob Oliver: So what you’re saying is that if we if we fix the root of the problem we’re not going to just fix a symptom but will fix the rest of the symptoms that go with it up, can you give me an example of quality healthcare.

Gunther Mueller: yeah quite an example in our world, is that we look at lab work in a different way and in general it’s to say that normal is not optimal. So when you do your lab work let’s say once a year, and you get all those results back and everything is in the normal range. I want you to know that there’s no science behind that range, it is just the average of the population, so if you’re in the 50-60 year old range. The expected range is that of other 50-60 year olds and just because you’re in range does not mean that you’re optimally healthy, it means that you’re just like everybody else you’re normal. But for you to feel healthy and vibrant and full of energy and have good skin good hair good nails you know good muscle tone, be at your ideal weight and just feel amazing when you wake up in the morning and sleep well at night, I mean 60% of Americans don’t sleep through the night it’s a real problem but you know what look just look what’s being prescribed, it is not treating the root cause it is treating the symptom and so good healthcare number one would start looking lead lab work through a different lens and trying to determine what needs to be optimized in order for the patient to actually feel better.

Rob Oliver: Okay, and yeah there’s someone who is quite wisely said that normal is a setting on your washing machine it’s not a descriptor for humans yeah. What do you…. Go ahead.

Gunther Mueller: Yeah, what’s happened is though we’ve accepted normal as normal right so we’ve accepted in as a society that hey. You know you’re over 30 now so you’re not a spring chicken anymore, and so, why would you expect to feel like you’re 25 because now you’re 35 and then you’re 45 and then you’re 55, and so we have just become accustomed to aging is associated with disease and I’m here to tell you that it doesn’t have to be that way you do not have to succumb to everything that everyone else’s succumbing to if you take different actions with regard to your healthcare.

Gunther Mueller: Well, what it was they knew about it, is that you can come to a complex field like medicine and not having to have had been trained let’s say in the traditional way. I’m perfectly capable reading a medical study, just like someone going through Medical School it’s if you have the time and the attention in the document. To read that to converse about medical literature and really understand you know who funded, the study, what was the intention of the study where they come from, what is the objective of the study and really understanding. Why, it was done and I’ll, I’ll share this coin, because it is my perspective, that if you want to know the truth in medicine, you need to follow the money because a lot of times good things are not done because they’re either not patentable. You cannot patent anything that is in nature, you can’t patent anything that the human body produces and so what we find is really a pharmaceutical culture that has changed the molecular structure of many things to get a patent on them so that they can sell them for high dollar stuff and it’s not really the best reality for patients. It may relieve a symptom but, as you see from the TV commercials every night there’s a myriad of side effects that could potentially get produced from taking some of these substances versus. There is a very natural approach to giving the body, the nutrients and the minerals and the elements that it’s just missing when you give the body those things magically the body knows what to do with it, that innate intelligence it knows how to heal itself but we never really give it the opportunity to do so.

Gunther Mueller: Yeah, I’m a, you know, if I was in an accident today and I wound up in the emergency room I would I’m totally impressed with emergency medicine and surgery, I mean there’s definitely a need and a place for this advanced medical, you know, inventions and medicines and drugs, and all that I’m not against them. I’m against the part that says that oh we’re going to put you on this prescription and you’re going to be on it for the rest of your life. That is where I think a better solution needs to be it needs to be found, because the average senior citizen in the United States is literally on about five to six prescription drugs for life.

Rob Oliver: Okay. Thank you for clarifying that I appreciate it. What excites you about the future of healthcare?

Gunther Mueller: You know the future I look at it and I’ve always been a fan of Star Trek right and I remember, Dr bones on there having this little device, you know, and just being able to scan and to diagnose and then just finding treatments that literally like came out of the wall almost robotic and knowing exactly what to do to fix the ailment or to heal a wound or all that. So I believe that there’s amazing advancements coming in, I personally am very much into biohacking looking at pulsed electromagnetic field stuff looking at fitness ways of getting the body fit in much less time than traditional let’s say gym time. I think there are a lot of advancements going in the biohacking space from energetic from a frequency based type of medicine to really understanding the body and it’s holistic way of really body mind and spirit and not just treating the body from the physical aspect but really a more holistic approach to how the body actually functions.

Rob Oliver: What is one thing that medical professionals can start doing today to improve the quality of healthcare.

Gunther Mueller: I think the one thing that medical professionals could do is to really maintain an open mind, and that is cumbersome sometimes because of licensing requirements are the status quo and a lot of medical professionals in my experience, are very afraid to step out of the box, because they don’t want to be ostracized or criticized for maybe doing things a different way. Even though they may believe it may be a better way to go, they don’t do it because they don’t want to be singled out and that’s very unfortunate because, you know, scientific advancement and medical treatment advancement, I mean there always has to be a leader, a leader, so I look, you know back to people like Thomas Edison or Tesla or different people that were leaders in their field, and they tried different things, and what I see unfortunately in the medical community is that people get ostracized for not staying within the standard of care come.

Rob Oliver: Listen, Gunther Mueller, Thank you so much for being here, I will definitely put links to your clinic in the show notes and thank you as an optimal health strategist for sharing your Perspective on Healthcare.

Gunther Mueller: All right, Rob Thank you so much.